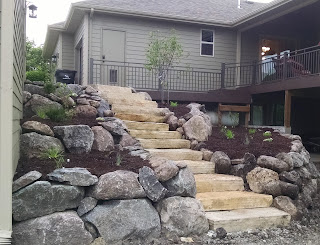 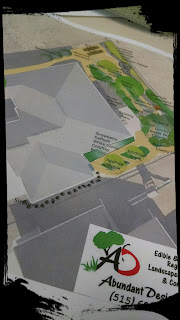 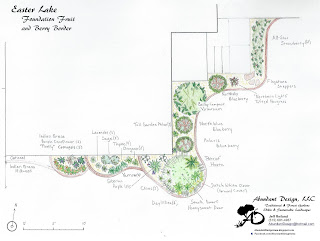 Sustainability Projects﻿
This composting system was made to compliment a backyard garden in West Des Moines for a family that wanted to reduce their environmental impact and provide a benefit to their garden.
Rain gardens retain and filter surface runoff to reduce contaminants entering our waterways.  Water drains over the next several hours and avoids becoming a breeding ground for pests.
Commercial Scale Projects
Corporate Food Courts, Natural Playgrounds, Churches, Stripmalls and Medical Facilities 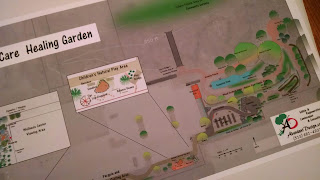 Older Projects
Western Hills Family Retreat﻿﻿﻿﻿﻿﻿
Although still used, this firepit was overgrown and needed tidying up.  The soil was highly compacted, and weeds were the only thing growing in this area. The homeowner was tired of fighting the weeds and wanted something done.
As the new fire pit and patio area, with planting plan developed, the decision was made to create a raised patio area and separate raised bed with a mini-orchard and forest garden.  Already avid gardeners, they really liked the concept.
﻿ 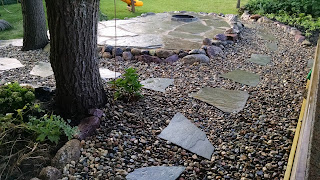 For the full summary, more pictures and how it all went together follow this link:
http://abundantdesigniowa.blogspot.com/2015/09/western-hills-family-retreat.html

Vegetable Beds & Backyard Refresh-
A former Master Gardener's backyard perennial woodland had become overgrown and hard for the new homeowner to manage.  She did want some vegetable beds for fresh homegrown produce and, also to connect and open up the disconnected back yard.

An organic patterned vegetable garden was chosen and constructed using upcycled brick edging and mulched pathways.
The large perennial outcropping was removed and grass replaced for one continuous lawn area.
Ground covers were thinned, a stepper path was put in to the compost bins and hammock area.  Hardwood mulch was added to all perennial areas and flower beds. 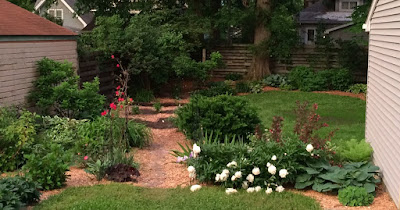 The full summary with more pictures can be found here:
http://abundantdesigniowa.blogspot.com/2015/06/refreshing-overgrown-backyard.html

Waveland Backyard Makeover-
After a garage project the backyard space was a patch of bare dirt. A ninety square foot expansion was built onto the existing slab patio using reclaimed flagstone.  A double brick border sectioned off a mulched play area, and existing plants were mulched.  They already had a small garden, composters and a rain barrel, but were interested in perennials. Terraced raised beds were installed to minimize erosion and allow easy access to their new raspberries and strawberries.
﻿ 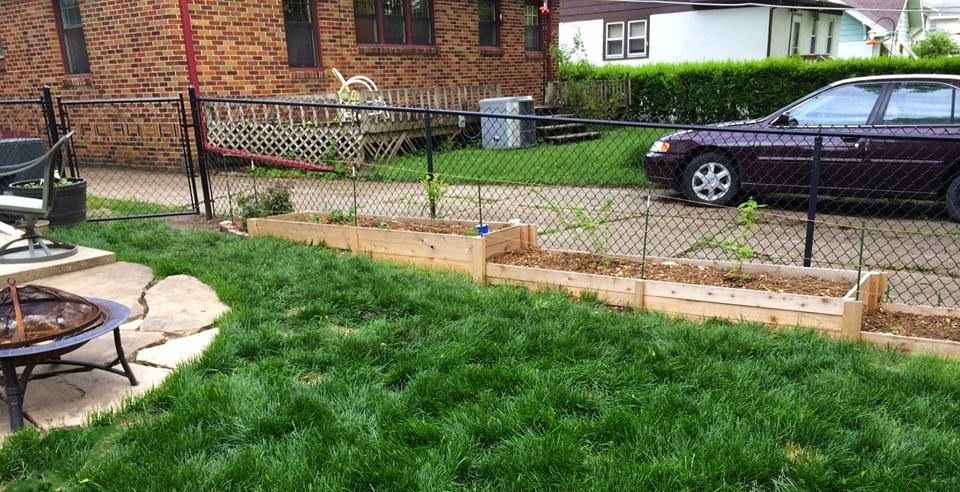 The full summary and more pictures can be found here:
http://abundantdesigniowa.blogspot.com/2014/11/backyard-makeover.html 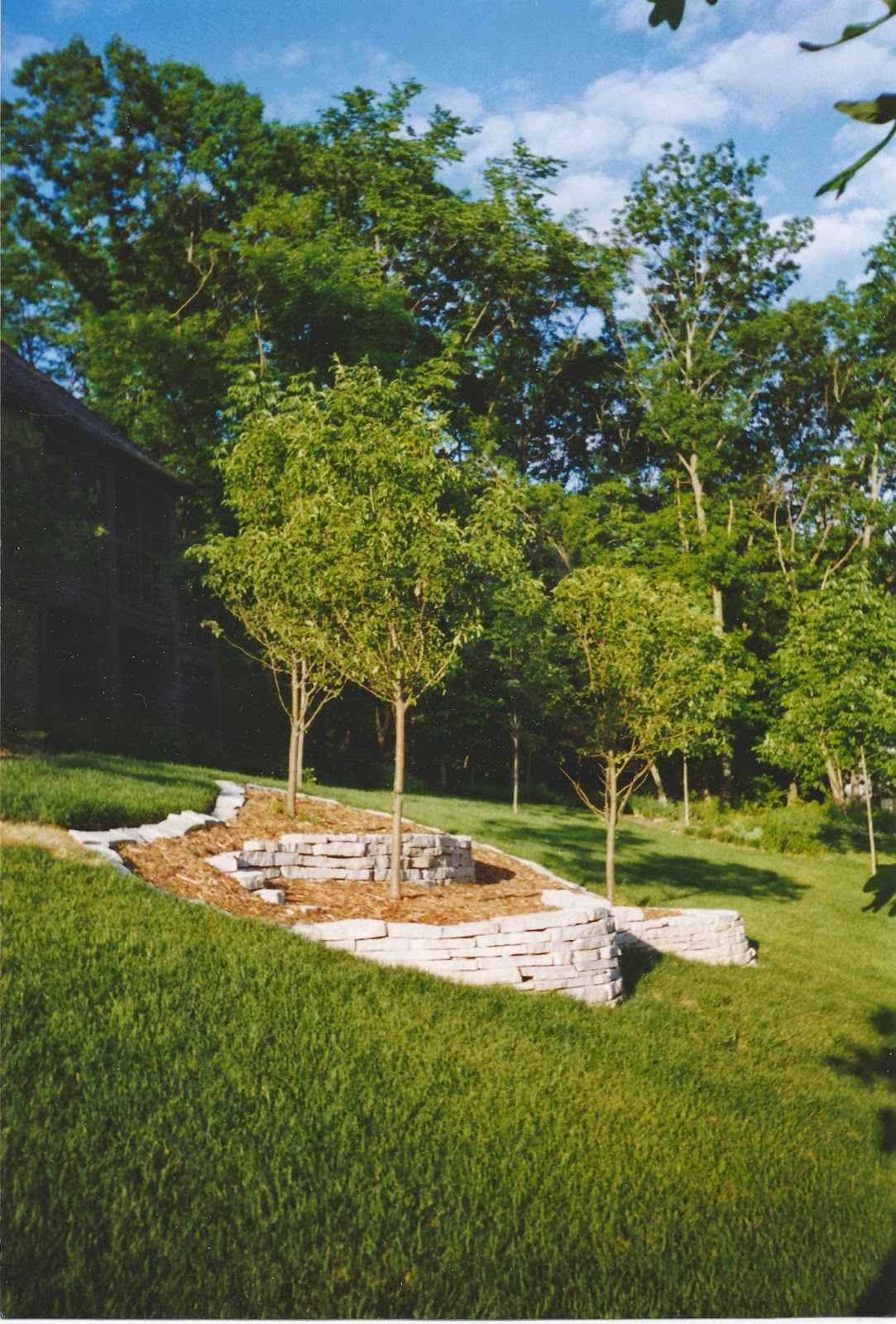 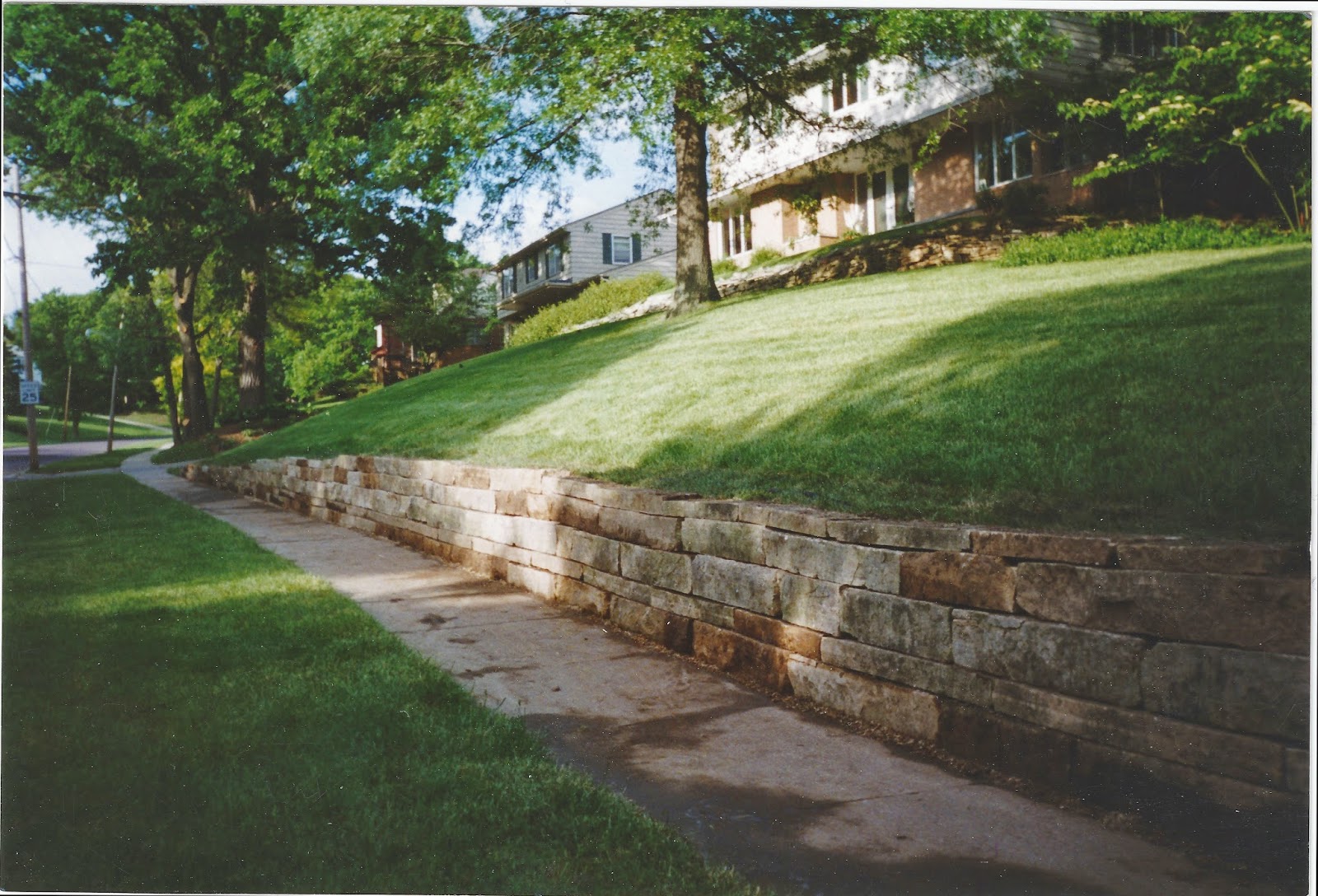 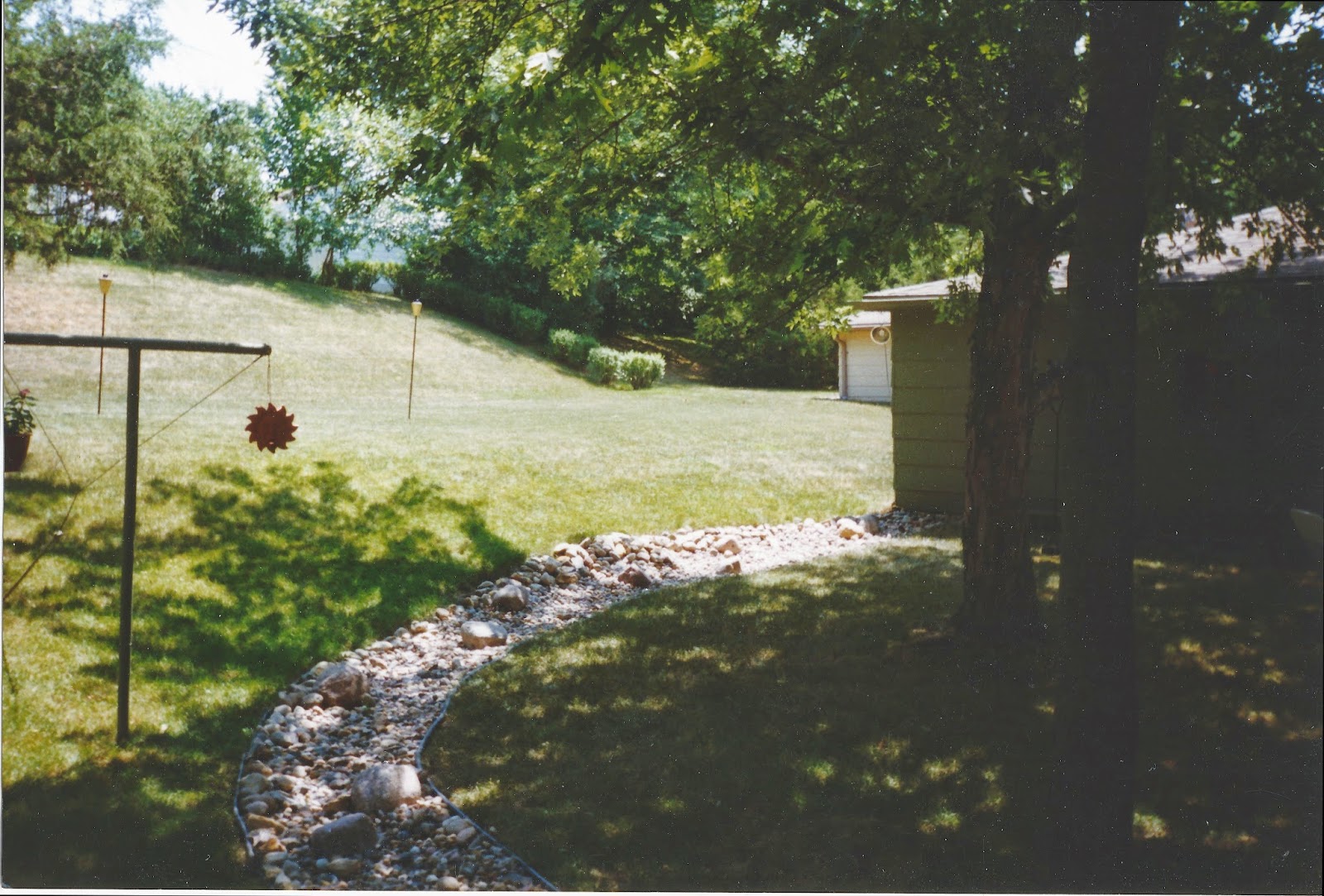 
More Project Summaries Coming!
I will be uploading more photos of projects as I can, for now you can see a few more on Facebook, Houzz or in the products and services pages