The Des Moines Waterworks lawsuit is set for this year.  Bill Stowe has made it his mission to sue Sac, Calhoun and Buena Vista counties for costs incurred in the removal of nitrogen from the nutrient laden runoff which provides the Des Moines metro area with much of its drinking water.  The Farm Bureau and other agriculture groups have made it their mission to stop him.
This media circus has made its way through all the news channels, even the New York Times and Huffington Post have picked up the story.  Legal fees, for both sides, have already exploded with nothing yet spent to actually clean up the waterways - for drinking or otherwise.  Posturing from both sides is what we have come to expect in our current political climate.
﻿﻿
The nutrients in the water are making a big mess!  Everywhere!
﻿﻿ 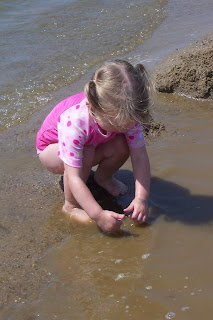 Nitrates (a form of nitrogen) in drinking water is a serious health problem.  Particularly for babies, and pregnant or nursing mothers, nitrates in the water can hinder the hemoglobin in blood from carrying oxygen.  This leads to "Blue Baby" syndrome, with digestive and respiratory issues, brain damage and even death.
Even for adults, long term exposure has been linked to serious health effects.  Potential problems include miscarriage, birth defects, thyroid disorders and even cancer.  Stomach, bladder and neurological cancers have recently been linked to high nitrate exposure.
Beyond our drinking water, nitrates and phosphorus (another fertilizer component) are causing problems in our lakes and waterways.  Fish kills are common news in Iowa.  Certain blue-green algae thrive in these nutrient rich waters producing toxins with serious health risks that cause many beaches to be closed.
Local waterways aren't only problems for Iowans.  Read this article by The Great Healthy Yard Project founder Dianne Lewis Protect water from dangerous algae: View
These problems also flow downstream through the rivers to the Gulf of Mexico. The giant Hypoxia Zone forms where the Mississippi River dumps tons and tons of Nitrogen and Phosphorus laden runoff from the entire Midwest agricultural regions.  These nutrients are quickly used by algae which then multiply rapidly.  The result is a dead region of the Gulf that gets bigger each year, bigger than the area of Connecticut and Rhode Island combined!
NOAA's Happening Now:Dead Zone 2015
The newly elected Republican's in the Iowa House have stated that water quality is their top priority.  Not typically known for their environmental stance, they will try to clean up the water better then their Democratic colleagues had, even with their greener reputation.  Both parties are beholden to the electorate and their donors so we shall see what happens.
Some reduction in nutrient runoff has been made recently, but there is so much yet to be done.
Efforts by Iowa State and the Leopold Center include the Prairie STRIPS program, which can reduce nutrient loads by 90% with a 10% allocation of fields to native prairie plants.


Listen to a STRIPS story on NPR here
My friend Ray Meylor of the Cherry Glenn Learning Farm watershed mitigation project penned a letter to the Cedar Rapids Gazette highlighting the benefits and reproducibility of that project near Saylorville Lake.

"Imagine if similar projects were launched all along the 127,000 impaired waterways in Iowa. Such a movement would not only mitigate our state’s water quality issues, it would bring new farm families into our rural communities, rebuilding our rural economies and communities."

Read his full article "Clean up water by engaging Iowans in agriculture"
Water quality issues, along with low corn and soy prices, could nudge some farmers to experiment with other crops, like cover crops and edible crops.   These are showing promise for tying up excess nutrients and preventing then from washing into waterways during the times when no cash crops are growing.  Many are finding that input costs go down and income per acre increases over a several year period even if yields stay the same or drop slightly.  Additionally cover crops can be grazed by livestock diversifying your investments and adding additional income streams. 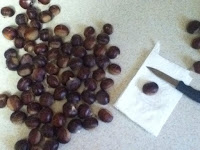 In addition to our edible landscapes that provide many ecological benefits, Abundant Design can help you design and install filter strips and riparian areas on your farm that can produce a yield for your family or for market as well.  I have contacts I can put you in touch with that can market your surplus if desired.  Nutrient runoff and sediment will be mitigated at the same time.  Many alternative crops can thrive in these settings providing habitat for wildlife as well as fresh fruit and a beautiful setting for you.
If farmers in Sac, Calhoun and Buena Vista counties, as well as all of us, start implementing the strategies above (STRIPS, watershed mitigation, cover crops, etc.) the runoff issues will go away.

Nitrogen removal costs go down for Des Moines Waterworks, and their customers;

Unhealthy nitrates are reduced in our drinking and recreational waters; and

Farmers can continue their livelihoods without large settlements or additional regulations.

And that's good for all of us!

Posted by Abundant Design, LLC at 2:54 AM